Social media often portrays Ye (formerly Kanye West) as both a villain and a genius, with most able to easily separate the Chicago-raised artist’s personal life and work. His fashion, too, is treated the same way, though his fits and designs have become as divisive as the man himself. This is as true of the YZY NSLTD BT as it is the Foam Runner, though the latter has found a dedicated following among fans of Adidas Yeezy.

If you’re among the target audience, then you’re likely awaiting new colorways of the part-recycled silhouette. Your prayers will be answered very soon, thankfully, as the “Sulfur” is releasing in just under a month.

While not quite as familiar as the “Sand” that’s slated to return this Summer, the “Sulfur” does bring the shoe back to its roots. Familiar with the build and tone, the pair forgoes the MX-styled patterns of more recent offerings. Instead, the titular hue is applied to the entire exterior, its tan shade brighter than both the aforementioned as well as the “Ochre.”

Currently, the Yeezy Foam Runner “Sulfur” is expected to release on April 16th at a retail of $90 USD.

In other Three Stripes news, the Yeezy 700 Wave Runner is returning on March 22nd. 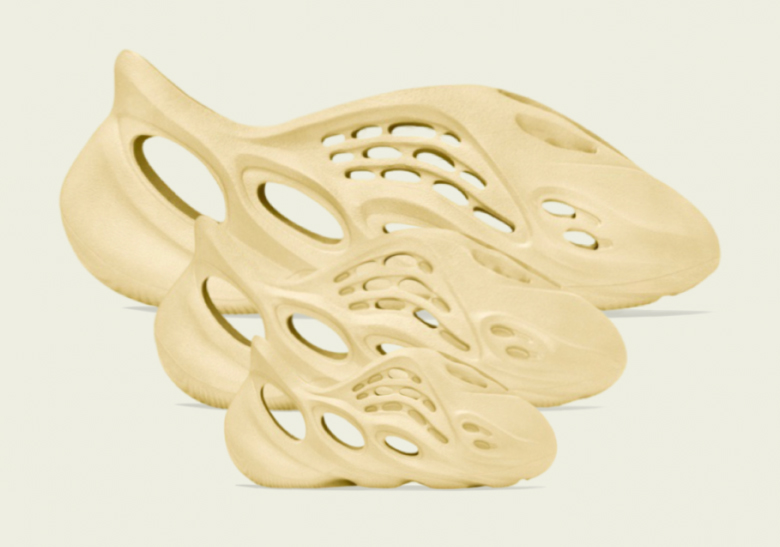