The Citizens are continuing to strengthen their star-studded side as Pep Guardiola looks to win the English top-flight for a third year running.

City have already wrapped up the transfer of Norway international Haaland in a £51million move from Borussia Dortmund.

The 21-year-old will replace Gabriel Jesus in Guardiola’s side with the Brazilian agreeing to link up with Arsenal.

A defensive midfielder was also a priority for the Spaniard as he aimed to bring in competition for compatriot Rodri.

And Leeds ace Kalvin Phillips has been identified as his preferred option as City close in on a £45m switch.

Meanwhile City are also desperate to bring in a left-back with Oleksandr Zinchenko facing an uncertain future at the Etihad.

SunSport understands that Brighton ace Marc Cucurella is being eyed up following his impressive opening campaign in England.

Here we take a look at how the Premier League champions could line up during the 2022-23 season.

Brazilian goalkeeper Ederson will keep his place between the sticks after winning the Golden Glove award for the third consecutive year.

Joao Cancelo could be picked ahead of Kyle Walker at right-back, with Cucurella to feature on the opposite side should he arrive.

A centre-back pairing will likely consist of Ruben Dias and Aymeric Laporte, which will see John Stones and Nathan Ake again having to settle for a place on the bench.

With Phillips poised to sign for City, he could start ahead of Rodri at the start of the new term.

Kevin De Bruyne and Bernardo Silva could then be deployed in a more advanced midfield role.

Riyhad Mahrez seems set to keep his spot on the right wing, with Phil Foden to potentially keep Jack Grealish out of the team on the opposite flank.

Haaland will undoubtedly lead the front line for City with the ex-Red Bull Salzburg ace already tipped to win the Golden Boot. 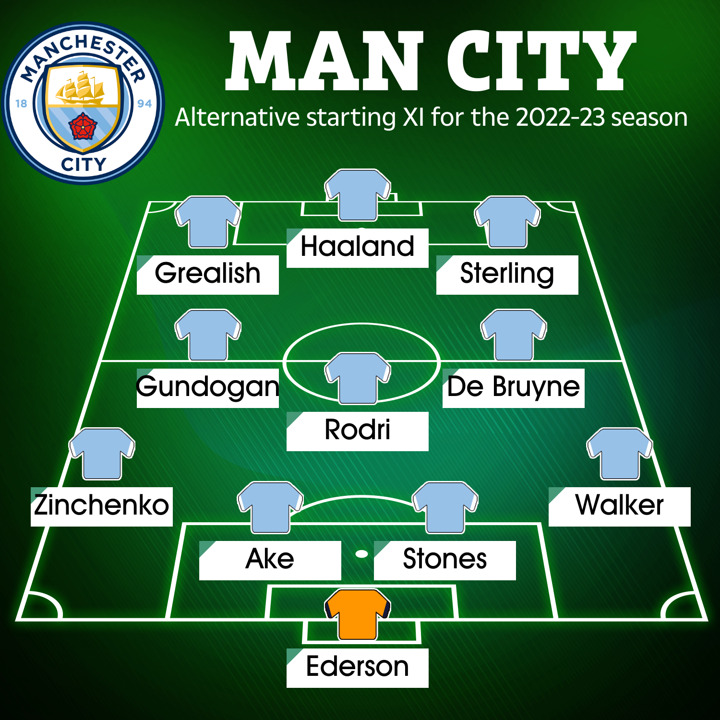